It hadn't snowed here in a while and what snow we did have had been melting a bit each day.  Today broke 40 degrees and, yes, I decided to go for a ride.  It had been 2 weeks since I thought I was done for the year.  I layered up and snapped the bubble shield to my helmet and headed downtown.

I went to Bob's and had a cup of coffee to warm up.  The guy behind the counter said I was the first bike of the day.  I was the only bike for the time I was there. 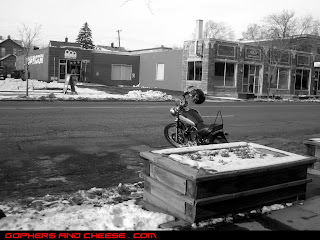 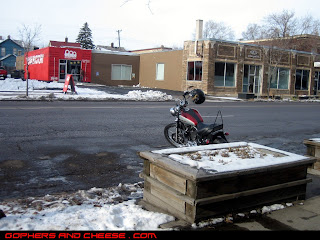 The roads seemed good and the sun was coming out so I decided to ride around the lakes a bit.  I stopped in front of Lake Calhoun for these pics. 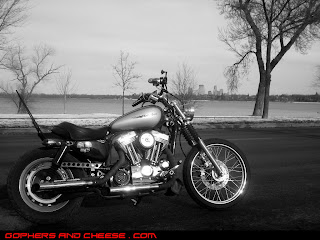 Here's the first one in color: 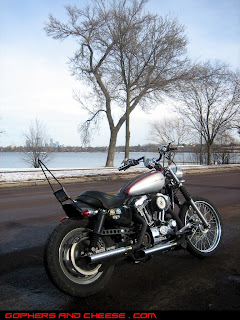 After Lake Calhoun, I did a complete loop around Lake Harriet.  While the most of the main roads were dry, the roads around the lakes were wet with melting snow so the bike and I got pretty dirty.  I was glad I had the bubble shield.

After my spin around the lakes, I should have just headed home.  However, from the road around Lake Harriet, I could see Lakewood Cemetery, where I got a ton of great Halloween pics.  It looked great with the light snow cover so I decided to see about getting a few winter pics there.  That was a big mistake.