Here are a few more pics from this month's First Thursday at Duluno's Pizza... 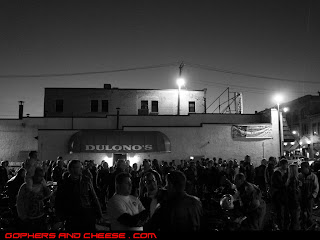 I saw this Buell chop from Two-Bit Choppers at the Donnie Smith Bike Show this year. 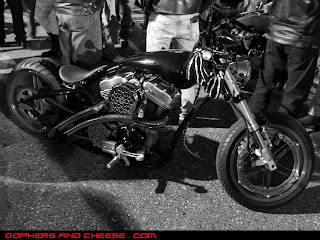 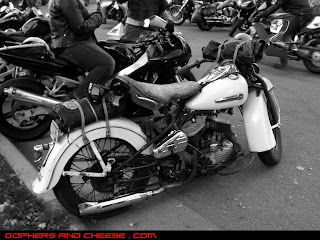 Here's an even older Harley.  This one drew quite a crowd and I'm pretty sure it's the same one I've seen a few times at antique/vintage shows. 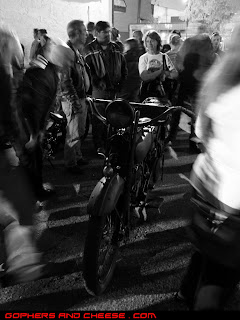 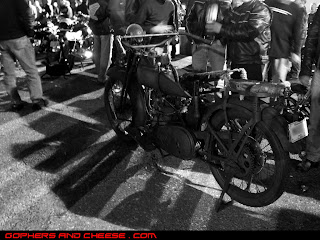 I like seeing bikes that have been ridden hard.  Based on the stickers on these bikes, they seem to prime examples. 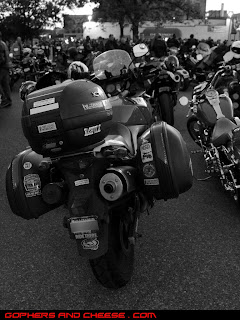 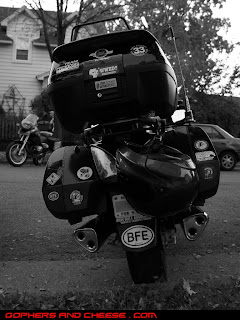 After hanging out at Duluno's for a while, I headed up the street to Bob's Java Hut.  Overall, it was a great night.  I can't believe the weather was so nice in October but I'll take it. 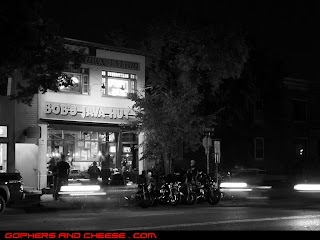 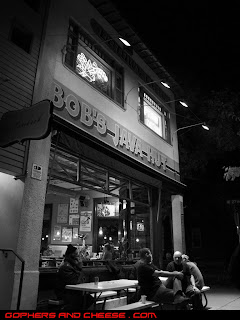 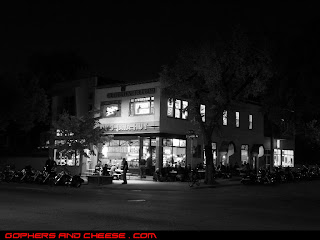