Fall Colors Along the Border - Part 2

More pics from last Saturday... After riding County Road O, I kept heading south past Red Wing and stopped at an overlook. 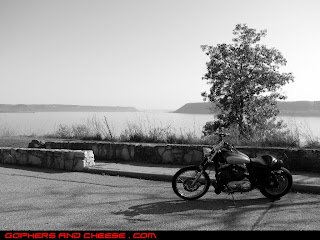 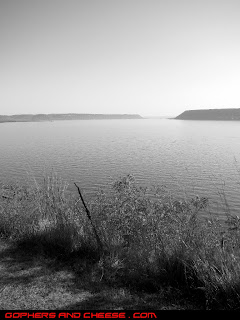 I pulled into Maiden Rock for this pic. The area is typically packed during the Flood Run. 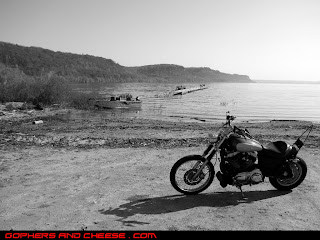 I headed further south to another overlook. 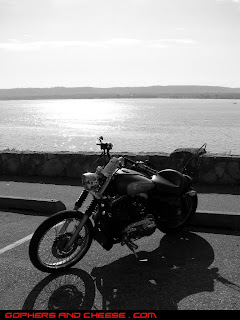 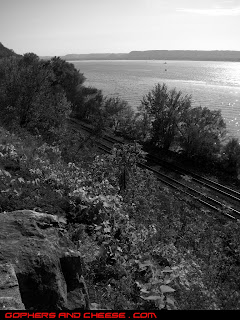 Then I rode back north... 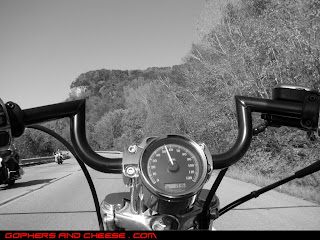 ... and stopped at Smiling Pelican Bakeshop, which was FINALLY open (they were closed most of the year for remodeling). 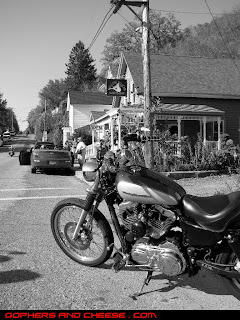 Heading back north, I got stuck in some really slow traffic for the 4-way stop near Red Wing.  While crawling along at a snail's pace, I couldn't help but notice this insane mailbox setup.  Maybe it was just Halloween decorations but something tells me it wasn't. 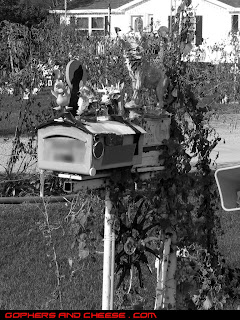 Can't tell what you're looking at?  Here it is in horrific color (click to enlarge): 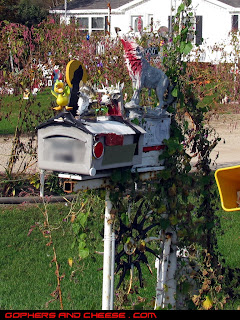 I continued north and stopped in Diamond Bluff at the Nauti Hawg. 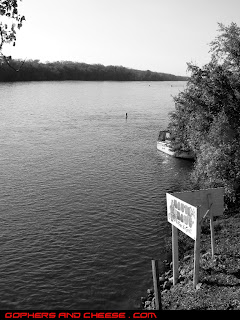 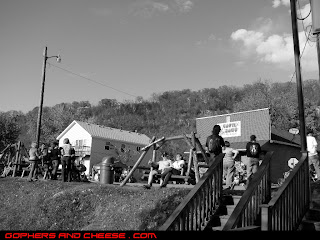