On Sunday, The Joint hosted its annual pre-Sturgis party, the Hog Feed / Hogfeed. 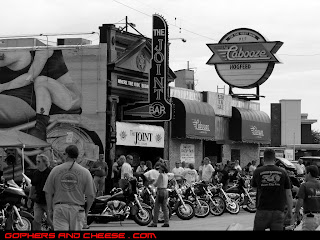 It was scheduled to start at noon and I got there just after 12:00.  This was my third consecutive year attending. 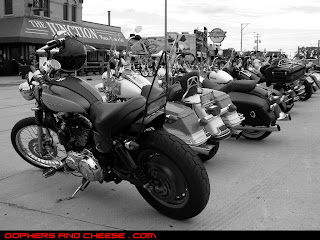 The weather was cloudy and humid but there was a really good turnout. 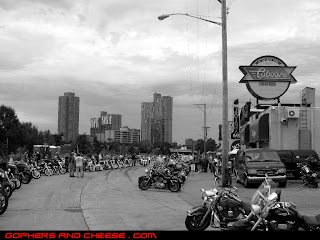 The Hogfeed basically consists of free food, live music, bike games, and a bike show.  Of course, its at The Joint so there's plenty of opportunity to quench your thirst.

The food is always good and consists of a BBQ pork sandwich, cornbread, potato salad, corn on the cob, beans, and chips.  The food was served around 2:00pm and you can tell it's ready by the line that forms. 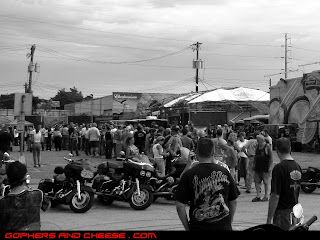 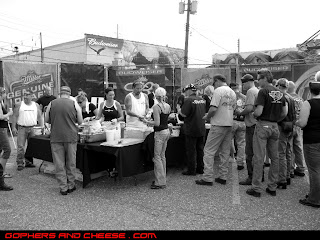 There was a band playing covers and they sounded good. 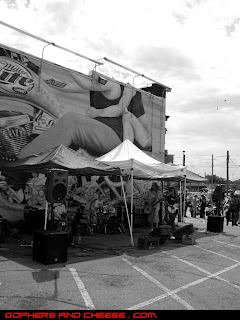 Bike games started up around 3:30 with the slow ride (object is to ride from one line to the other the slowest without putting a foot down). 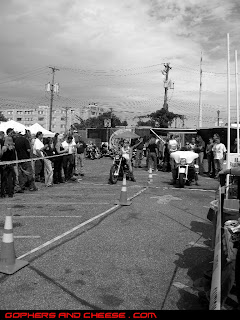 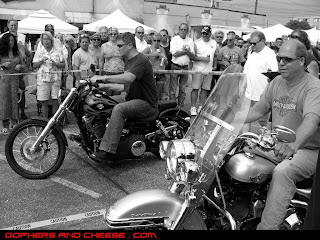 There were other games including the weenie ride (passenger tries to bite the end off a mustard-covered hot dog hanging from a string while the driver rides under it).  I had to head out before it started but I'll eventually get around to posting pics from prior years where I did witness this highly entertaining event.

There were a ton of cool bikes and look for pics in Parts 2 and 3...