It was cloudy, humid, and rain seemed to be imminent last Thursday night so I think that kept a lot of people away from Jacked Up Bike Night at Mad Jack's in Brooklyn Park. 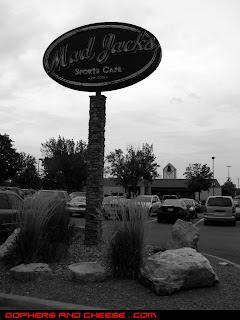 Don't get me wrong - there were people there but the turnout but was roughly half the size of recent months. 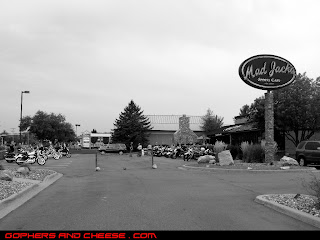 I got a spot next to two other Sportsters that I liked. 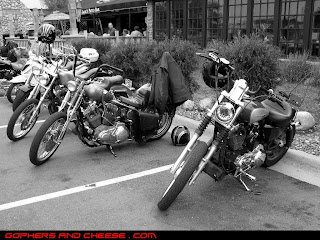 Here's a shot without my bike in the pic: 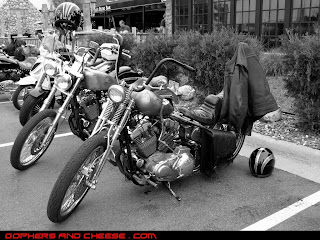 Here's the other side of the Sportster on the left in the photo above. 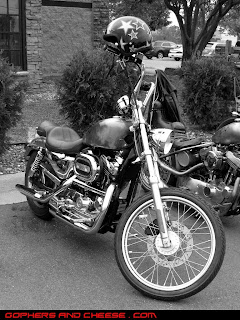 Here's the one that was parked closest to my bike.  Check out the hardtail frame, springer front end, forward controls, foot clutch, and hand shift, among lots of other amazing details.  There's lots of awesome custom fabrication work here. 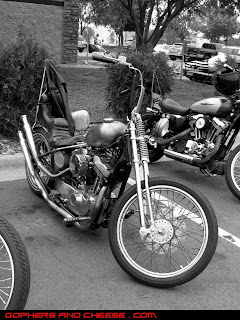 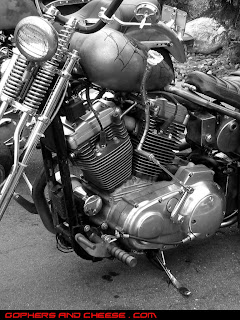