I had to break in the Sporty's new tires so I took a ride yesterday afternoon.  I headed north on I-35 to US-8 with the intention of going towards Taylors Falls.  However, once on US-8, I ran into rain and the sky was very dark to the east so I dropped south on US-61.

I stopped in Hugo to take some pictures by Senor Ricci's Cantina & Restaurante.  It's obviously been closed for a while.  The building has an "old west" theme. 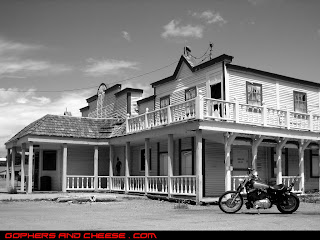 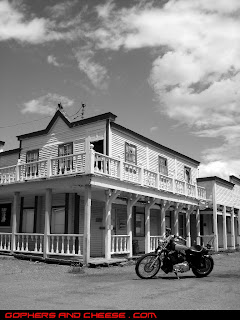 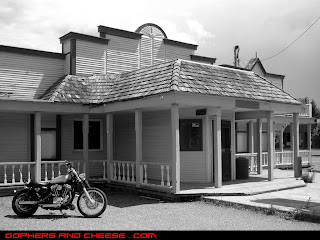 I continued south and caught I-94 in St Paul and headed west.  I hit some rain and some wet roads along the way and, with no front fender and a chopped rear, I got soaked.  I didn't mind though.  I stopped at Bob's for coffee and watched the skies, waiting for some of the showers to pass.  Before heading home, I went for a ride around Lake Calhoun, another part of the Grand Rounds. 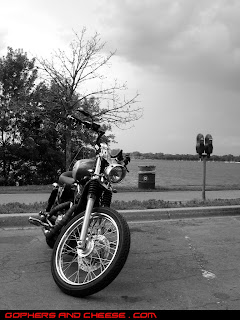 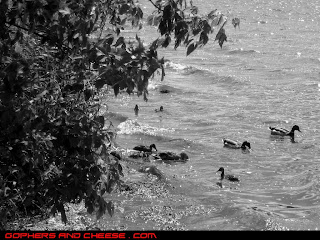 This is more ominous the view north: 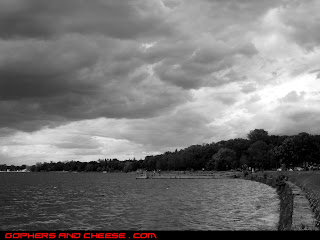 This was the much better sky looking south: 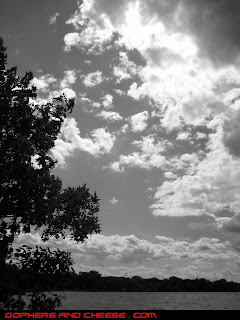 I managed to get home without getting too drenched by trying to avoid the darkest clouds.  Overall, throughout the entire ride, I got a lot more wet from the spray off my tires than from rain falling from the sky. 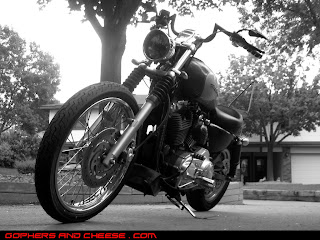