More pics from the 2010 Vintage Motorcycle Show, this time featuring some of the British brands.  I often try to get pictures with the signs showing the year and model whenever possible so I can identify the bikes later but clearly I missed a few in this bunch.  Enjoy the pics anyway. 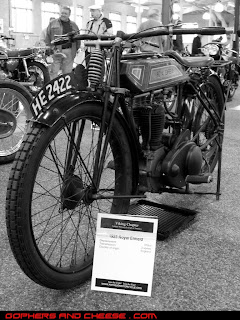 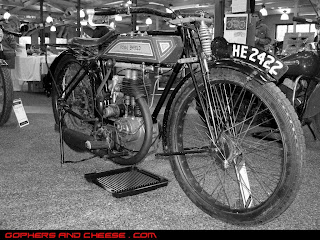 A bunch of more modern (but still vintage) Royal Enfields: 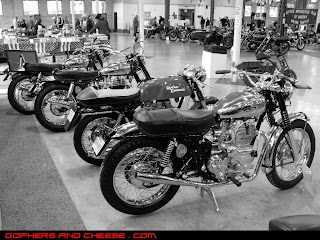 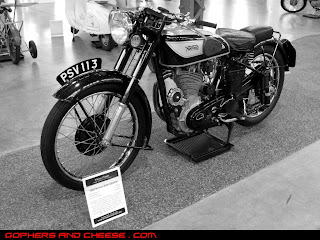 1971 Norton Commando (left).  I am not sure of the year of the Norton behind it. 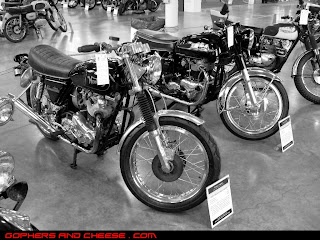 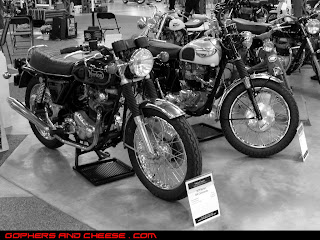 Another Triumph (unsure of year).  Black custom pipes were interesting. 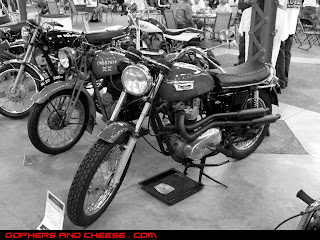 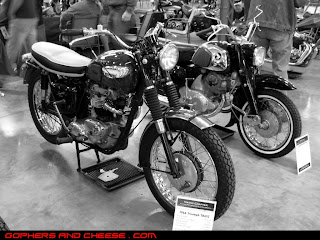 I really liked the tank on this Triumph - it was black and orange and the orange really stood out.  It's another where I'm not sure of the year. 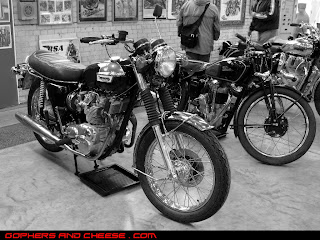