The SCVR Bike Show at GB Curly's in Burkhardt, WI was rained out.  I headed there after the Vintage Japanese Motorcycle Show.  By this time the sky was clear and blue.  The SCVR show was supposed to start later so I figured it had a good shot to be on.  I was wrong and disappointed by the desolate parking lot. 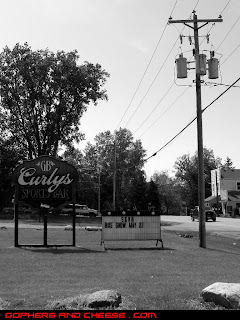 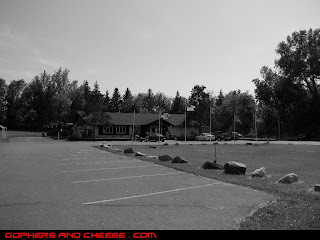 The online flyer on the SCVR website shows a rain date of June 5th.  I assume the show was moved to then but I have not confirmed that.

UPDATE - This has been confirmed by the SCVR, the show has been moved to June 5th.