It's "Third Thursday" so that means it's Jacked Up Bike Night at Mad Jack's in Brooklyn Park, MN.  There's a nice outdoor patio with fireplace and free hot dogs.  Last month, there was a decent crowd but it split after the sun went down and I was the last bike standing at 8pm.  This month was different and the crowd stayed later because it was much warmer (70s). 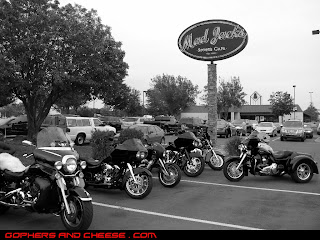 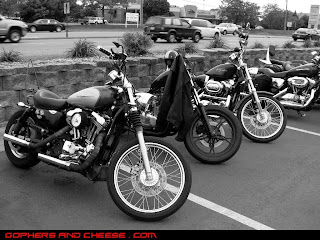 I liked the bike parked next to mine: 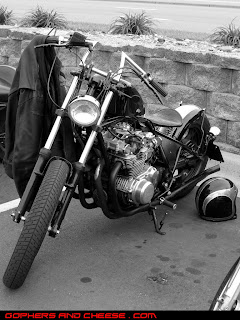 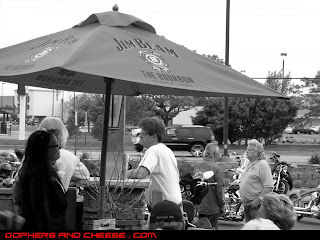 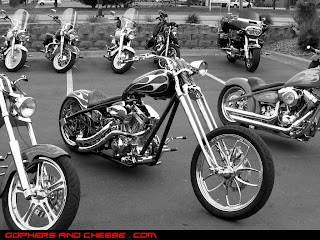 Donnie's bike and two others he was with: 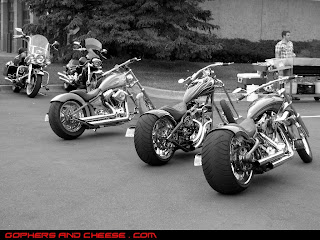 This Sporty was awesome.  I loved the pistol hand shifter and there were just tons of little custom fabricated details: 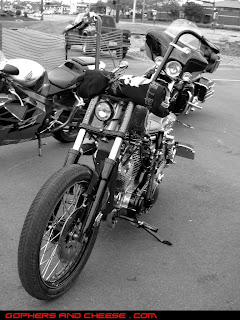 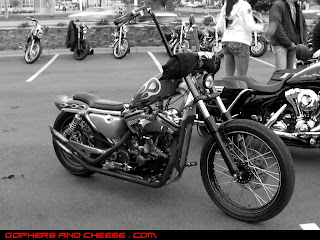 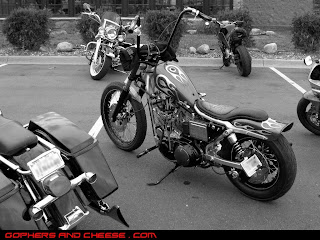 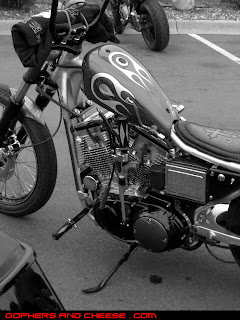 Here are a few other bikes that rode in including a beautifully leaky shovelhead: 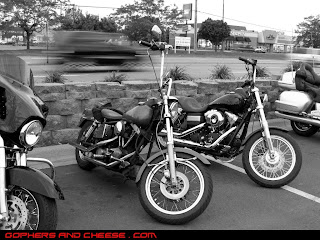 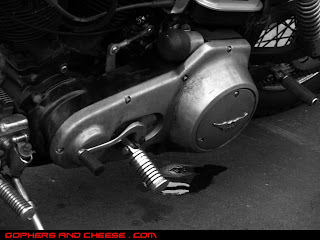 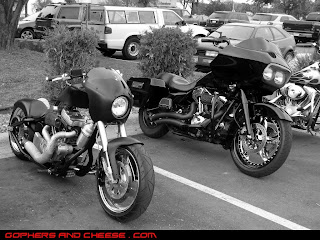