This past Sunday (March 21st), I decided to ride somewhere new.  I had read online about Wisconsin's Rustic Roads.  They even have an award program specifically for motorcyclists (visit 10, get a patch / visit 25, get a certificate).  I decided to try three in between Taylors Falls, MN and Hudson, WI.  Specifically, I set out for Rustic Roads #101, #103, and #13.

First, I stopped in Taylors Falls and walked around Interstate State Park.  The water in the St. Croix River was rushing fast as all the snow in the state has been melting. 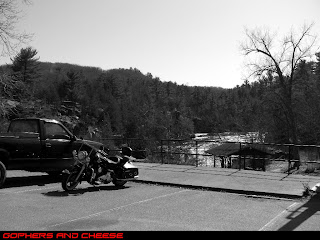 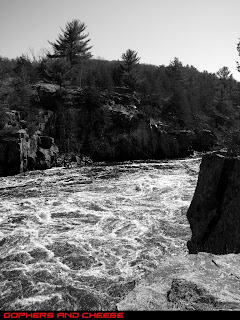 Just south of Taylors Falls in Wisconsin, I hit the first of three Rustic Roads, #101.  It was paved but full of gravel.  It has some nice scenery and curves but I had to go really slow to avoid slipping on the gravel. 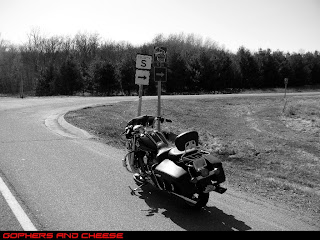 After #101 was #103.  This was an unpaved road.  For the most part it was fine but there were a few brief sections of slippery mud.  To my disbelief, I saw this along the way.  Apparently the signs "Water Over Road", "Road Closed", and "Dead End" along with what looks like a river flooding the road wasn't enough to slow the car down and they appeared stuck. 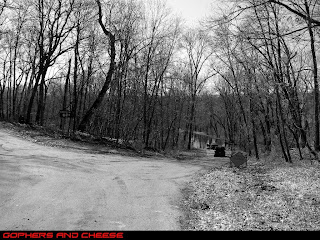 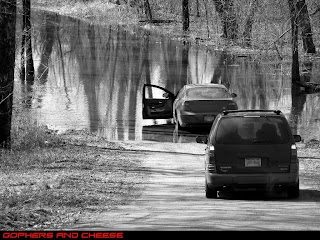 The last Rustic Road I tried was #13 and it was a really nice paved road with some good scenery and curves.  Best of all, there was no gravel so I rode this Rustic Road in both directions.  My advice is if you are travelling through Wisconsin and see a "Rustic Road" sign, check it out.  They are pretty short and you never know what you'll see.  I plan on seeking more of them out later this year.

I headed south and the water I saw rushing up by Taylors Falls was causing serious issues in Stillwater and Husdon.  They were sandbagging the river bank in Stillwater and in Hudson (below), you can see the park near the river is flooded with benches and picnic tables sitting in the river. 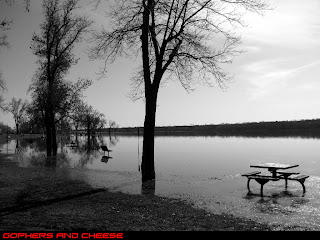